We would like to inform you here about the current situation in Nepal. At the same time, we would like to ask for your support in fighting the pandemic, because the country is heading towards a humanitarian catastrophe. You have the possibility to donate via the red button at the bottom of this page. If you want to be redirected directly to the donation form, please click here:

The pandemic is encountering a health care system that is among the worst in the world. Health services in Nepal are provided by both the public and private sectors and are generally considered to fall far short of international standards. The prevalence of disease in Nepal is significantly higher than in other South Asian countries, especially in rural areas. In addition, the topographical and sociological diversity of the country leads to periodic epidemics of infectious diseases, as well as natural hazards such as floods, forest fires, landslides and earthquakes. Much of the population, especially those living in severe poverty, are at risk of infection and increased mortality from communicable diseases, malnutrition, and other health problems. Many people, especially children, are undernourished and malnourished, making them much more vulnerable to disease. 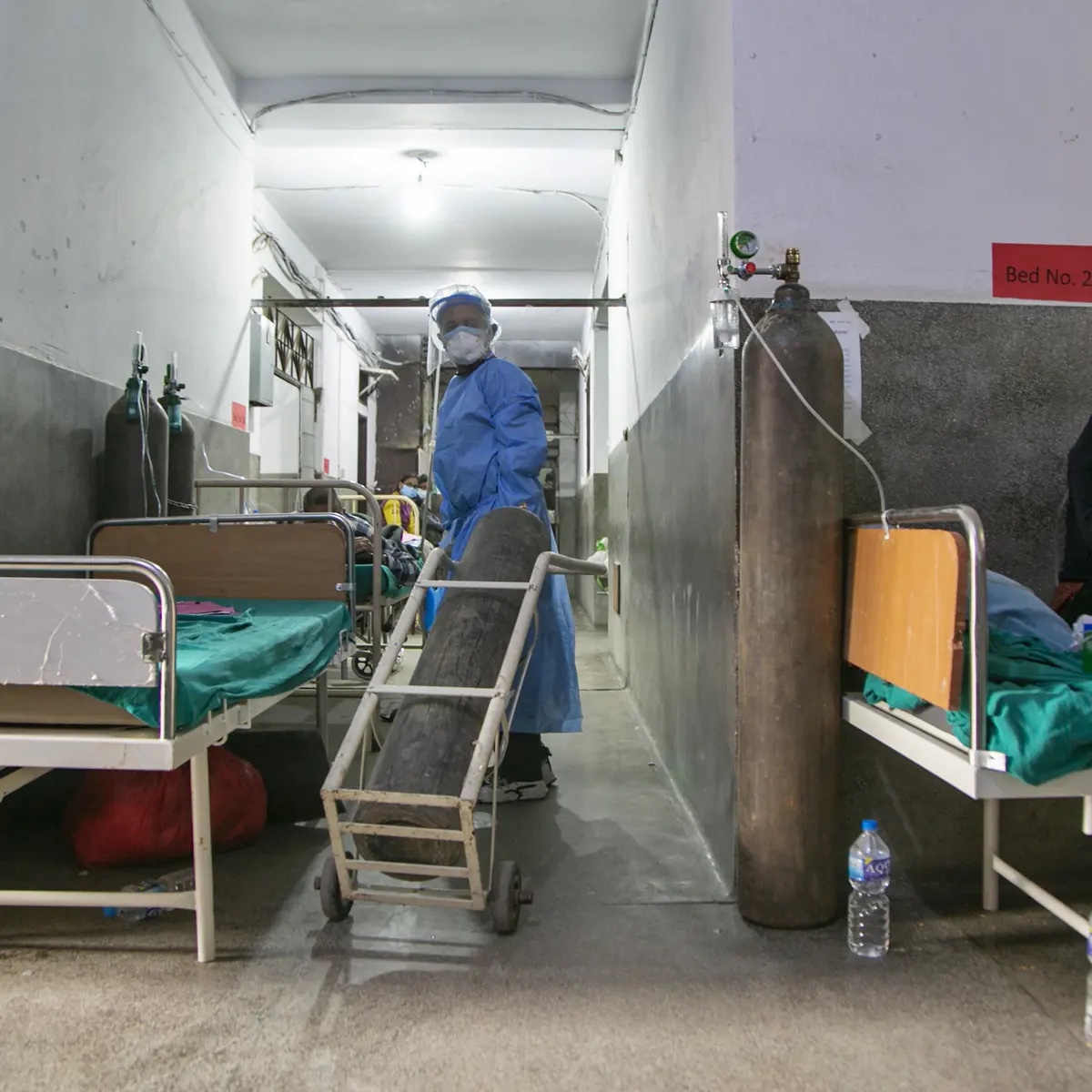 The massive increase in the number of infections in India has now also reached Nepal. Since the end of February, the number of infected people in Nepal has increased dramatically. Currently, the number of infected people doubles every three days. The country is literally overrun and the extremely backward health system could only compensate for this in the first two to three weeks. When the explosive Corona outbreak began in India in March, tens of thousands of Nepalese workers lost their jobs. This mostly affected young people who were begged by their parents to come back home for protection. Nepal and India share a border about 1,800 km long through the Himalayas and primarily along the Indus-Ganges lowlands. It is impossible to control the entire border, especially in the jungle areas of the Terai, the border is full of holes. Thus, some people are able to bypass the controls and also take great risks, because in these regions many predators. Meanwhile, only those who can prove a negative PCR test are allowed to enter the country. This results in two main problems: On the one hand, many of the migrant workers cannot afford the expensive tests (about 10-20 euros). On the other hand, a business model has emerged that is based on selling fake (false-negative) tests cheaper than a truthful test would be. 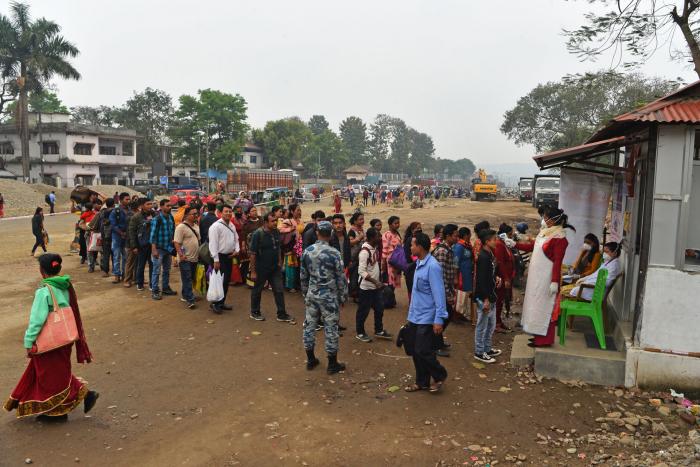 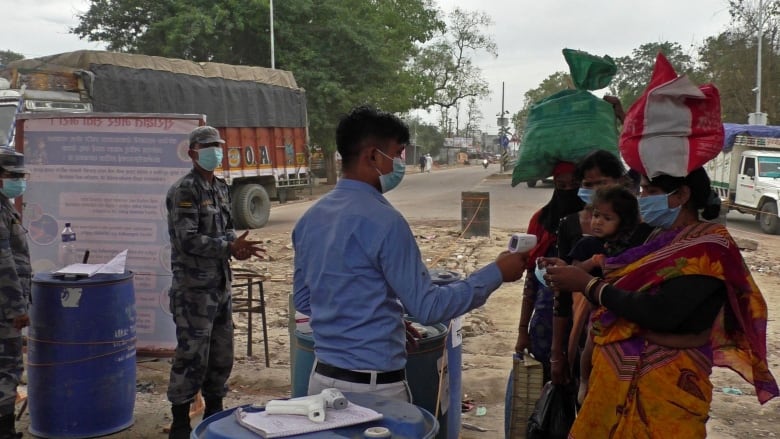 The current situation in Nepal

The number of confirmed infections is currently doubling every three days. The number of people needing oxygen for treatment is increasing rapidly day by day, and the health care system cannot begin to cope. There are several reasons why people are unable to receive adequate treatment or any treatment at all: Too few medical supplies and major logistical problems in distributing them; Too few medical staff, who are increasingly becoming victims of the disease themselves; Treatment costs rising ever higher due to the shortage of supplies; There is still virtually no vaccine. 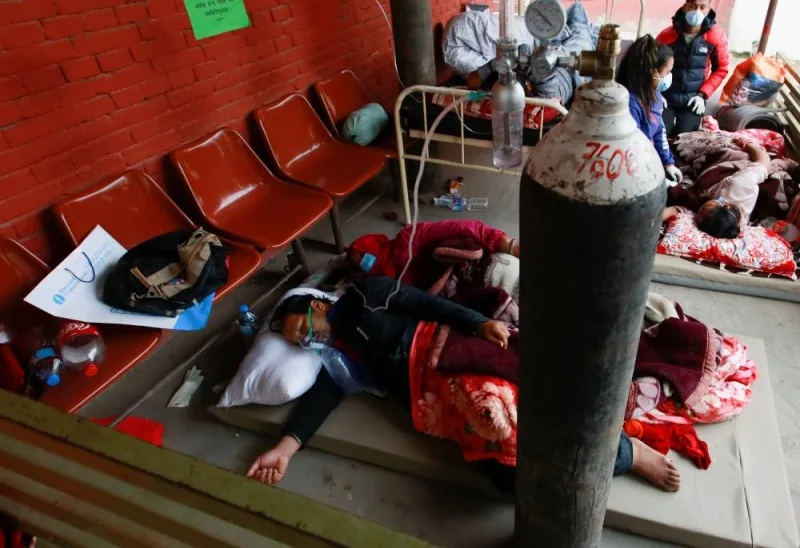 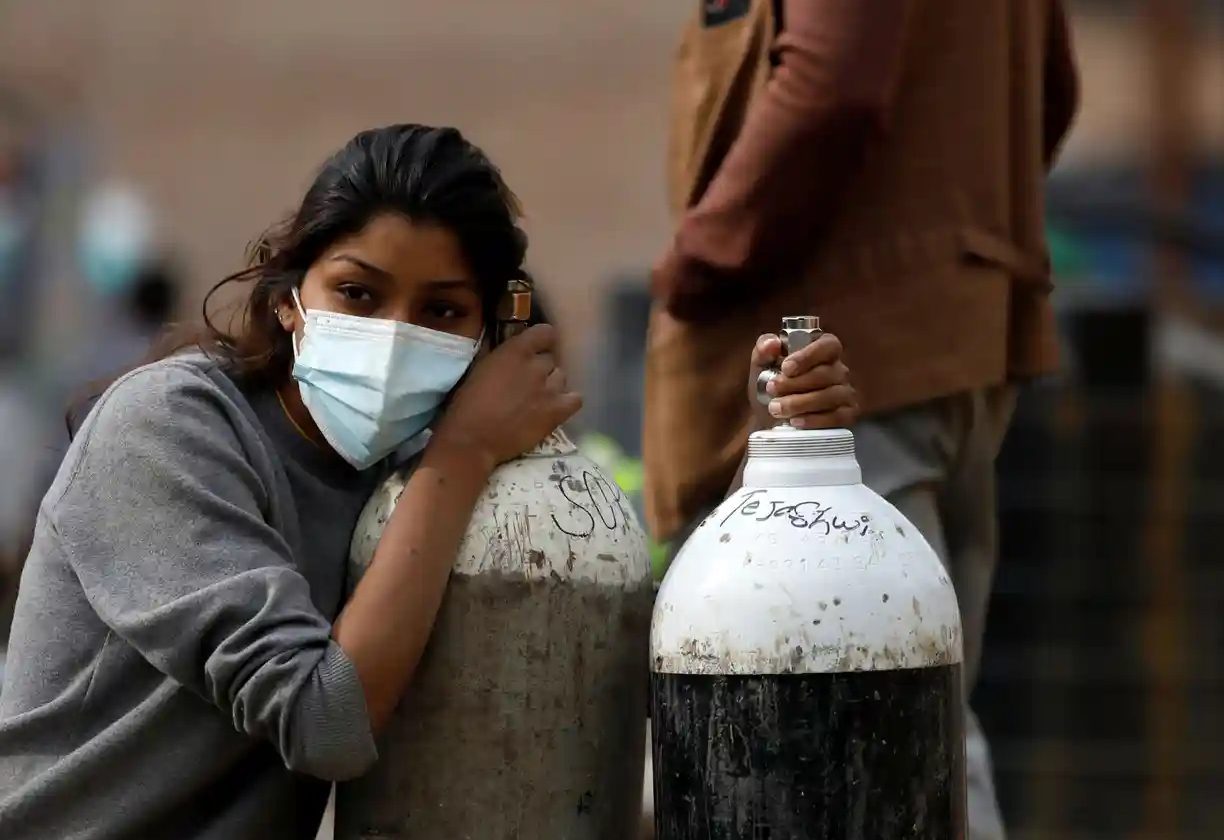 One of the main problems is the lack of oxygen cylinders. Currently, there are about 7,000 to 8,000 of them in Nepal. Meanwhile, the number of people who need mandatory oxygen for treatment is about 30,000 and increasing exponentially. Statistically, there is about 1 ICU bed for 45,000 people in Nepal. However, two-thirds of these are in private hospitals. The medical care itself is even worse. But an even bigger and more difficult problem to solve is the distribution of oxygen to and within districts. The government has already expressed several times in recent days that it has very serious problems with distribution due to geography and difficult accessibility. The military’s few functioning helicopters fly ceaselessly as long as daylight and weather permit. But it is understandable that a dozen helicopters alone cannot supply this country with oxygen. 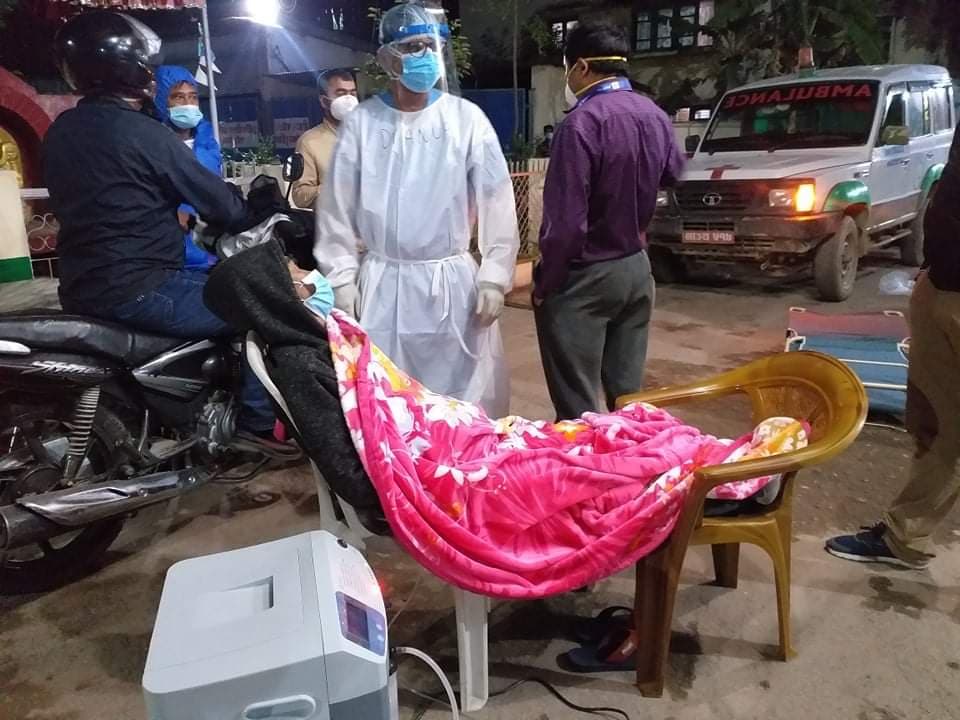 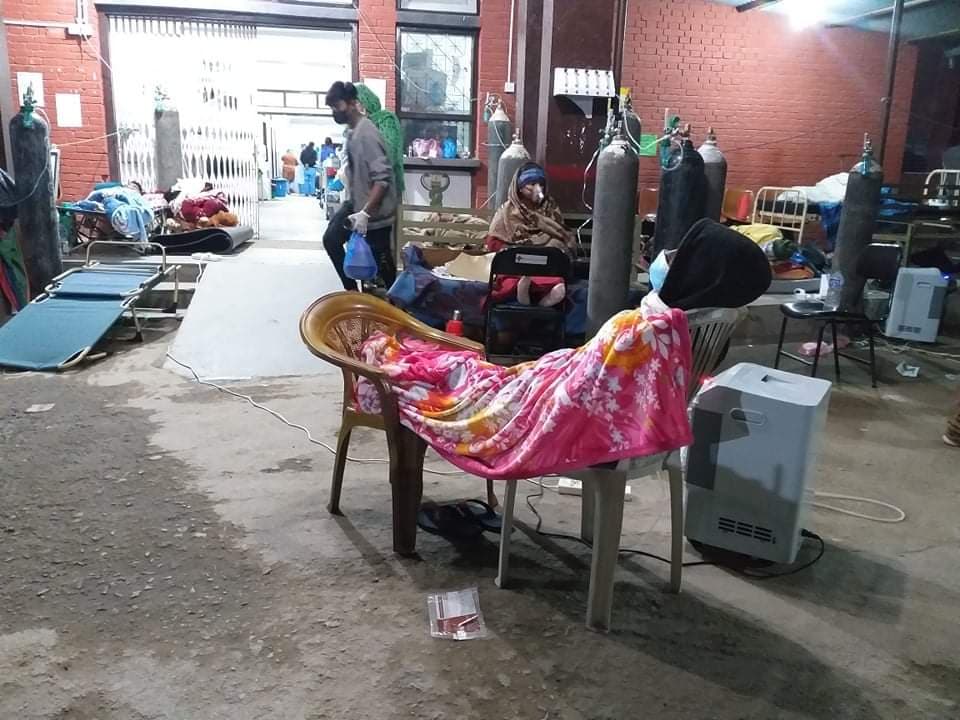 Temporary “corona hospitals” were set up in all districts. In the end, these are larger tents, schools or government buildings in which simple cots have been placed. Subsequently, staff from government hospitals and health posts were ordered there to care for the patients. The result is a shortage of medical staff in all facilities, especially government ones. Even in urban hospitals, on average, one nurse cares for about 40 to 50 patients and one doctor cares for double to triple that number. For this reason, patients in many hospitals now care for each other. People die there without a nurse or a doctor being present. It is therefore all the more important to give the few medical personnel the opportunity to protect themselves adequately against infection. 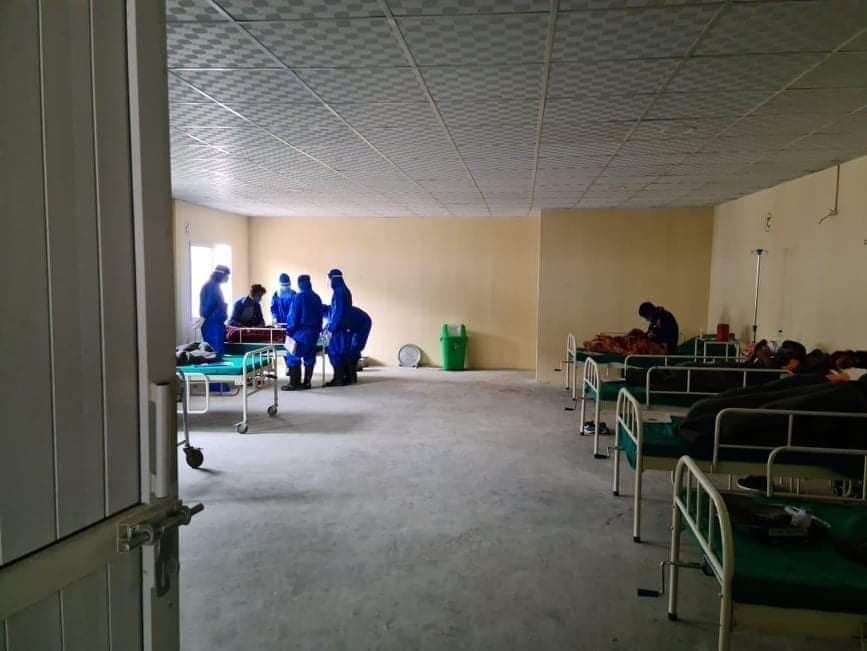 Another problem is the high cost of treatment, not only because of the lack of treatment facilities and beds. Every single day in an intensive care unit with oxygen supply costs about 25,000 rupees (almost 200 euros) in a private clinic! This is equivalent to about 2 to 3 average monthly salaries. In state institutions, the costs are lower, but still very high at about 5,000 to 10,000 rupees per day, and also largely without medical care. The result is that very many people cannot afford treatment, even if it were possible. In addition, the number of treatment beds in the state hospitals is far too small. 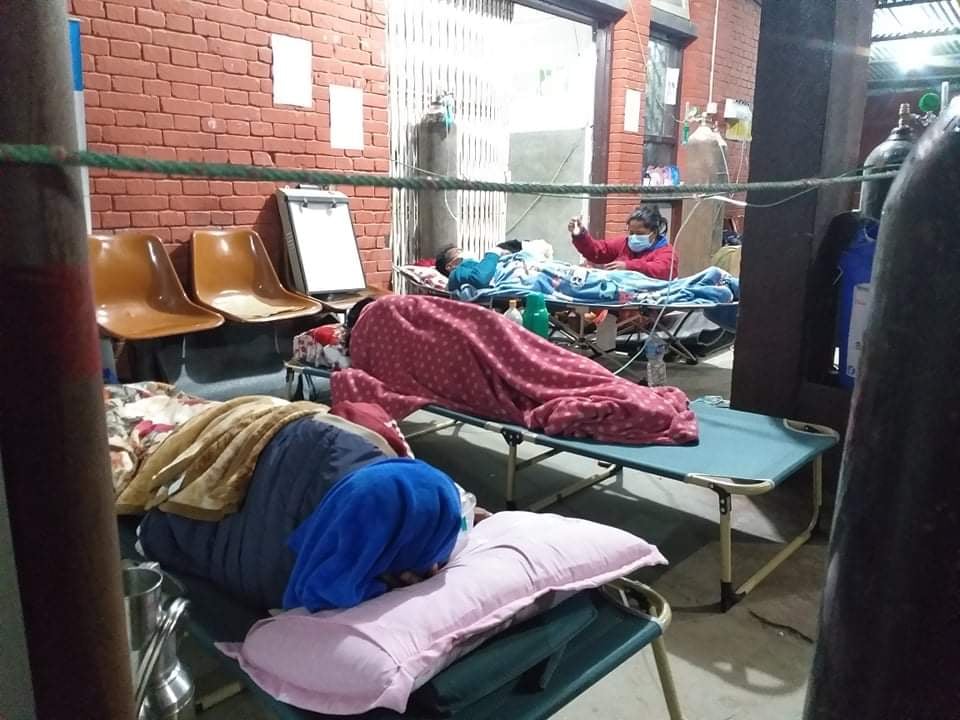 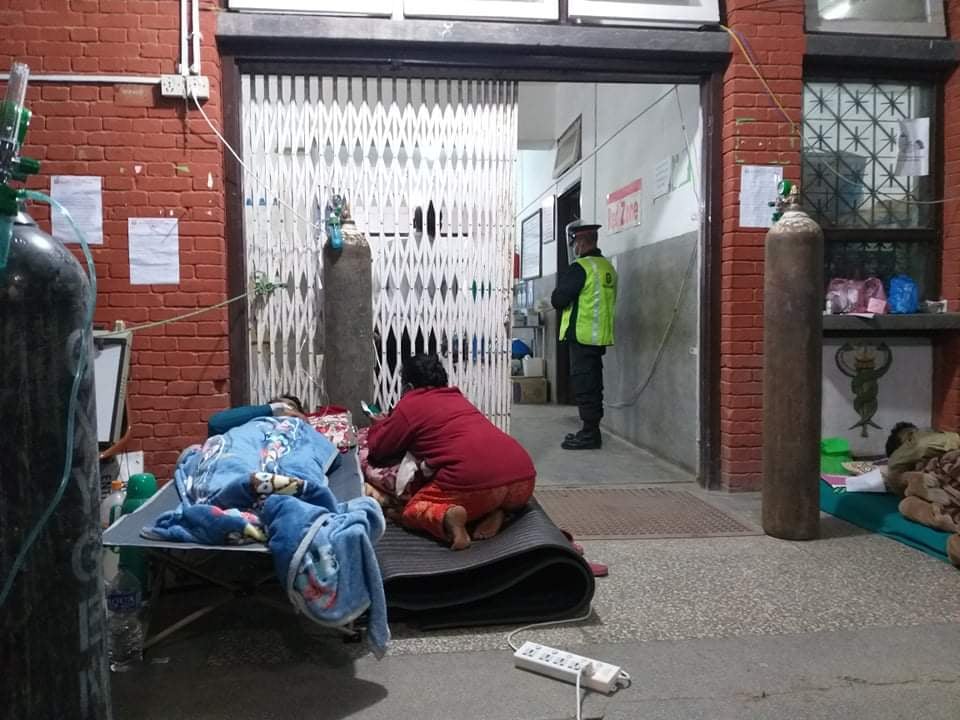 How we can help

Our help is much more than just a drop in the bucket, because oxygen and protective clothing save lives. We can help immediately and effectively, we just lack sufficient financial resources – that’s why we need your support.

What we can do and should do now: 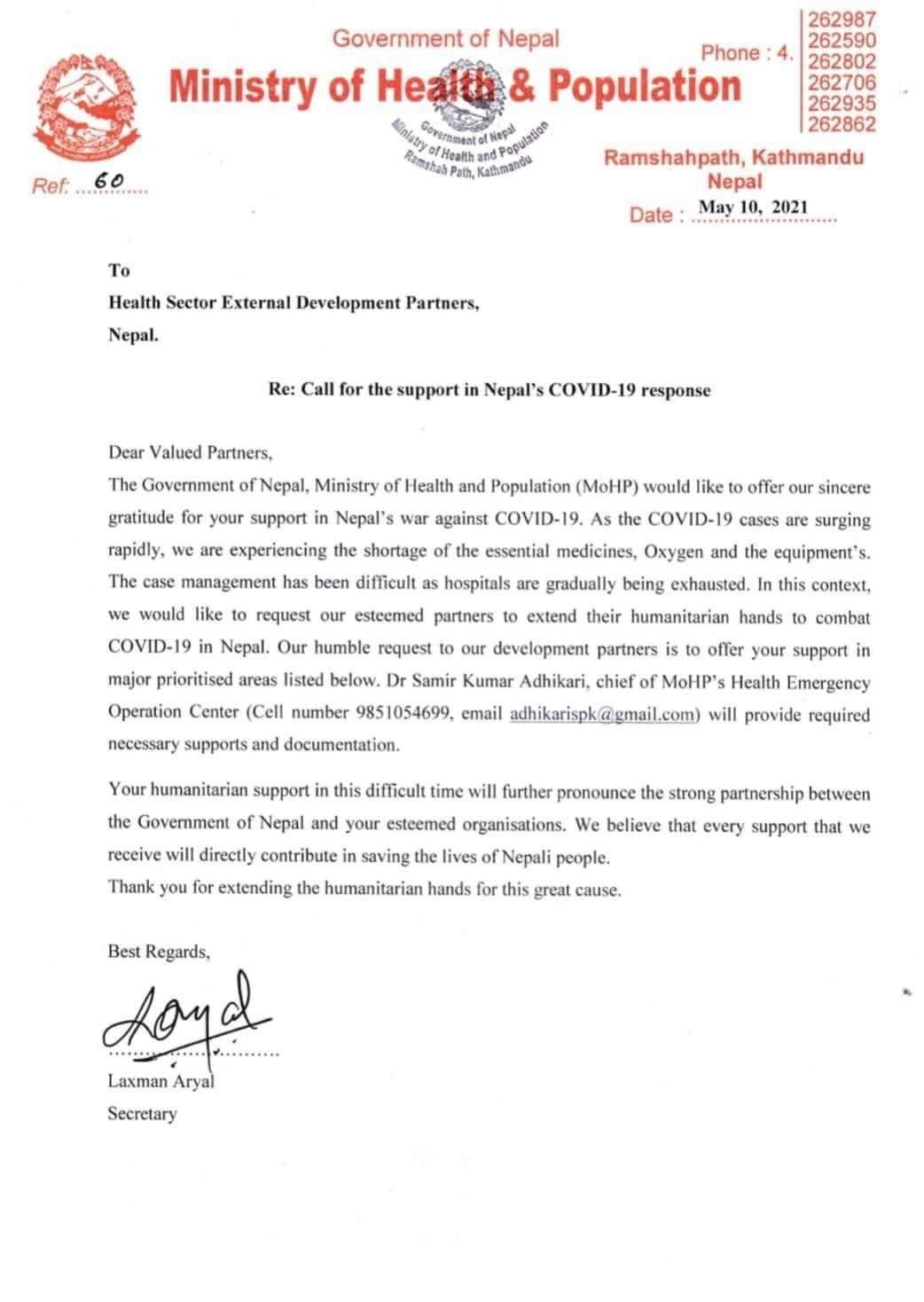 Together with the staff in the “Corona Hospitals” within the twelve districts in which we are continuously active, we have compiled a list of the most urgently needed items with which we can now immediately and effectively help:

We would be happy to mention you by name as part of your donation on the associated project page and / or in the upcoming issue of our magazine (Namaste Kids Mag). If you agree, please enter your name in the "Name" field in the "Public details" section as it should be published. You then have the additional option to send us a message in the "Comment" field below (for example: "Please publish only on the website" or "Please publish only within the magazine"). If you do not want this, please leave the field blank, your name will then not be published.

We faced problems while connecting to the server or receiving data from the server. Please wait for a few seconds and try again.

If the problem persists, then check your internet connectivity. If all other sites open fine, then please contact the administrator of this website with the following information.

Some error has occured.